To that one crazy relationship friend 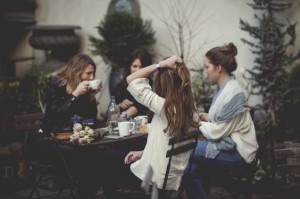 We all have that one friend that’s obsessed with finding her Prince Charming, but can’t seem to because she acts completely different when it comes to men. In the meantime, you and all your other girlfriends are sick and tired of hearing about it because you know she has the same awful dating patterns for each guy she comes across. Sometimes it’s difficult for your friend to look past the idea of love and realize the mistakes she’s making. When it comes down to it, she needs a friend like you to help her realize how awesome she is, and that she doesn’t need to be subjecting herself to all these stupid guys! Here are some things you can say to her to make her stand up for herself in relationships and put the best foot forward when it comes to dating.