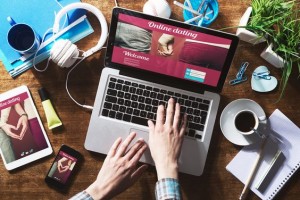 Whether it’s fake profiles or older pictures; the catfish epidemic is not showing signs of death anytime soon. It’s just too easy to lie on social media and there seem to be little repercussions for those who do so. Although social media websites were intended for connecting with friends, family members, and other people you’re already familiar with; it has increasingly been used for stranger-to-stranger connections especially when speaking of online dating sites. How can online dating sites potentially put an end to catfishing or at least severely decrease the phenomenon? Project soulmate has some words of advice to the dot-coms of dating.

Up to date vlogs
Yes, video blogs! Asking members of a dating website to add quarterly vlogs of themselves in their most natural habitats would help determine which profiles are hoaxes. If you love the outdoors show some video of your latest hike. These vlogs could be a short minute or two. While pictures can be saved or screenshot, you cannot save videos from Instagram, Snapchat, or Twitter. If a picture is worth a thousand words a vlog will surely trump that.

Attach social media accounts to the dating site
It’s the easiest way to spot a fake account. If you google search the name of the user you’re interested in and no other social media accounts are found, this could be a red flag. Or worst, you search them and a facebook account with a small number of followers shows up….not a good sign either.
But, why should you have to do all of this FBI work in the first place? Most people on online dating sites just don’t have the time to meet people in person. So you most definitely will not have time to stalk every potential date you come across. Online dating sites should ask to link all other social media accounts to their websites so that users could get comprehensive views of each other and to avoid possible catfishing.

Putting a limit on messaging
A lot of the commercial matchmaking sites have already been using this strategy. You need to pay for their membership before you can message a user. However, mobile dating apps have not yet followed the trend. Simply, limiting the number of messages sent per user could be valuable in the fight to end catfishing. Someone who is serious in finding love would not be messaging over 25 accounts in a month. They would want to review a user’s photographs and bio’s before deciding whether or not to connect. Online dating is not a shopping spree, anyone choosing quantity over quality may be a scammer.

Unfortunately, catfishing can never be completely eradicated. There will always be people pretending to be someone they are not. If the dating company or app you’re using isn’t protecting you from getting catfished, maybe it’s time to speak to a professional matchmaker.