Can a relationship with a flirt work? 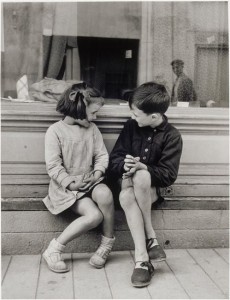 We all know the best way to get into the Halloween spirit is with a scary story. Here’s mine: Girl falls for a flirt – the end.

Whether you think flirting is when he likes her pictures on Instagram or when she laughs too loudly at his jokes, one thing is for certain: There is no universal definition for ‘flirting.’ Seriously, try looking up ‘flirt’ on any search engine. What you’ll find is its textbook definition and pronunciation. What you’ll miss are the negative connotations associated with the word. Cheater, sinner, dog.

Today, we associate flirting with feelings of jealousy, anger, and irritation. Describe your lover as a “flirt” to anyone in your circle and watch as they convince you your relationship has 7 days to live.

Millionaire Matchmaker Lori Zaslow says flirting will not ruin a relationship and here are the reasons why:

Flirting does not always mean there is attraction.

Some people flirt for 5 seconds of attention and then move on. Others flirt to chase the rush they get when interacting with someone new. I flirt for free drinks (and I know I’m not the only one). The truth is everyone flirts; from married adults to children. Flirting is a natural thing and it’s meant to be casual and playful.

If your potential partner-to-be enjoys a good flirt session every now and then it’s fine. That does not mean that they find another woman more attractive than you or that you’ve lost your touch. Stop overthinking it: Flirting is just flirting.

Flirting can be a good thing.

Flirting makes you feel good and boosts your self-confidence. Think about how bomb you feel when a woman notices you’ve been working out. It doesn’t matter if the woman is your best friend’s 65-year-old grandmother. A genuine compliment will not only spark up a conversation but it will make someone’s day as well.

Studies show that flirting is healthy for you. It is said that positive initial impressions caused by flirting releases dopamine into our brains.

Flirting is not cheating.

Flirting will never be cheating. There are only two types of people that confuse flirting for cheating:

To avoid losing your relationship to insecurities get to know your partner better. If you know your SO personality well enough then you will easily be able to tell when they are only flirting. You should trust that your partner would not cheat on you just because they can.

To avoid losing your relationship don’t do this. No one deserves to be disrespected especially not by the person they respect the most.

So the answer is yes! A relationship with a flirt can work because everyone is a flirt. As long as you know your partner and trust them, flirting should not be an issue to sleep on the couch over. The only way flirting will ruin a relationship is if you let it. Flirting is just flirting.